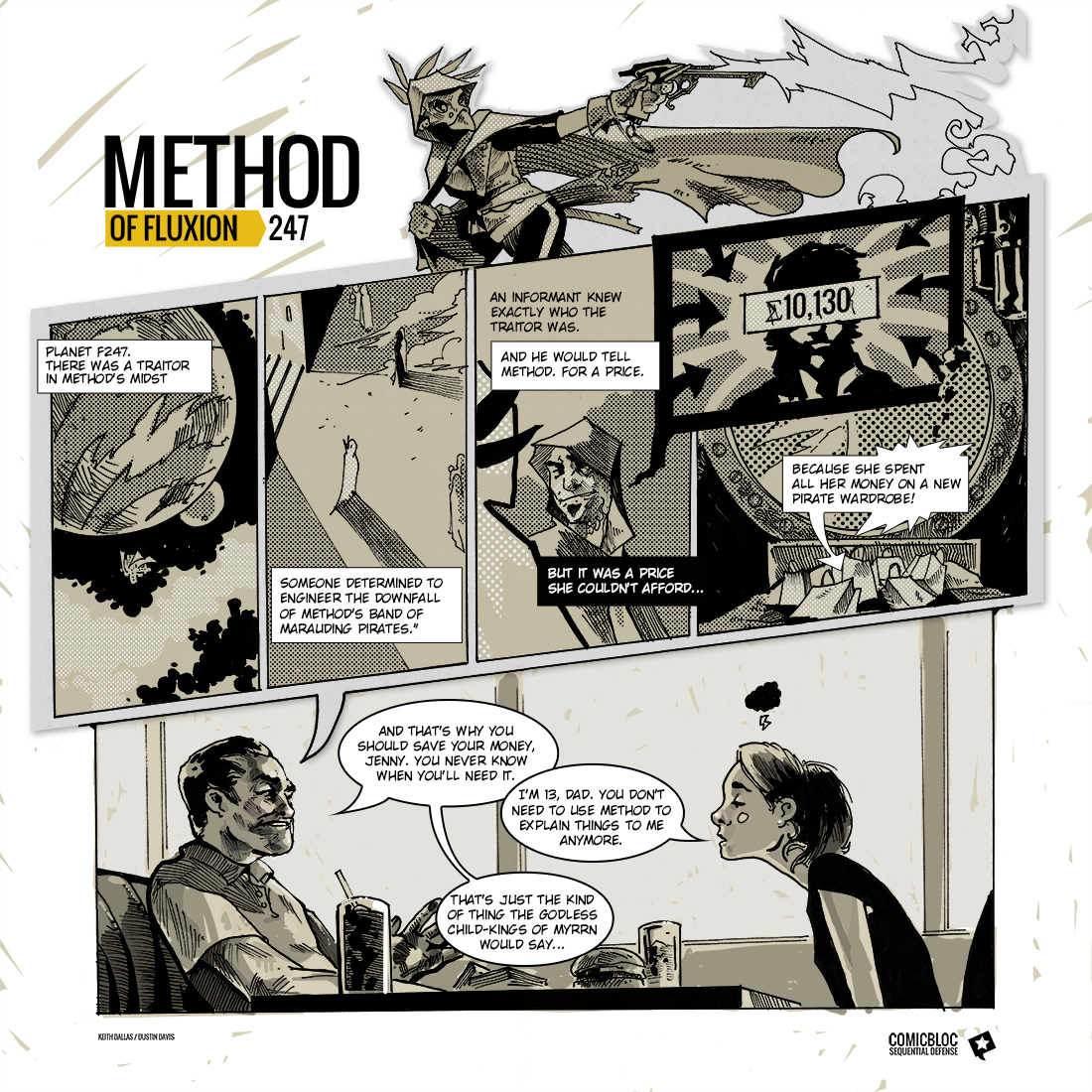 A Price for All Things

START AT THE BEGINNING

If you’ve been around ComicBloc for say, any time in the last 15 years or so, you know we’ve dabbled with the thought of making comics. But first we were a forum. And then we covered news. And then we got hacked. And that sucked. And then we wrote articles. And life happened.

Whatever, not important. The point is, the internet has evolved, people have moved on. But man, in the back of my head, I still just want to tell a story. It probably sucks. The art probably sucks. Or maybe not? That’s not my call to say.

The plan is to release a strip a week. I’ll have off-weeks, no promises otherwise. Maybe some other friends will hop in here (this particular one is with Keith Dallas, a good friend) or there and tell their own stories. Who knows.

This story might suck. But I’m going to tell it. For me.

ComicBloc. Developed by WeCantSleep, LLC.
©2000-2023 ComicBloc. All rights reserved.
All characters and titles are © of their respective owners.